Is Using Red Light To Preserve Night Vision A Myth? Ever since I was a boy toys would pitch flashlights with red and green lights as night vision lights. Having a red flashlight was cool, but I never bought into the “gimmick” that it was night vision as a child. Now that I’m older I see the same thing in all the outdoor flashlights and headlamps that I buy. Is there something behind red lights preserving night vision?

In the rest of this post I’ll explain why red light helps preserve night vision and explain a few of the many advantages/disadvantages of using a red light in the dark. There’s another great option with an extra benefit, so you may decide to use that instead.

Everybody has experienced the refractory period where your eyes have to adjust after going from bright to dim light. It takes 20-30 minutes for your eyes to transition to their dilated night vision state. Red light preserving night vision isn’t a myth! Using a red light prevents your eyes from adjusting to the increased light, helping to preserve night vision.

Red light is by far the best color for preserving night vision (green is 2nd best with more clarity). The part of your eyes that deals with dim light (the rods) can’t pick up the longer wavelengths of the red light spectrum. So the daytime sensors (cones) are the only part of your eye working to deal with the light, which leaves your night vision intact.

Since red light is invisible to the part of your eye that deals with night vision, they maintain their dilated shape that helps absorb light in dim environments. I’ll explain more about this below, but here are the main advantages/disadvantages to using a red light in the dark.

That makes red lights great for tasks that don’t require a high level of detail, but there are better options when you need to focus close/far away. It’s better to go with a green light when you need to preserve night vision with improved clarity/contrast, and blue lights when you need to find fluids with invisible fluorescent properties (blood, body fluids, oils etc.).

You might want to check out my longer guide that explains the different flashlight colors and their many uses. It goes over how/when to use red, green, and blue lights to perform a variety of tasks.

It’s hard to explain how red, green, and blue lights affect night vision without looking at the visible light spectrum chart. I’m sorry for all the science talk, but I’ll try to simplify my explanation.

There are two parts of your eyes that perceive brightness. The cones in your eyes are used to deal with bright light and the rods increase brightness in dim light.

So why do the rods and cones matter when it comes to red light preserving night vision? It all has to do with how our eyes perceive light and color. Looking at the visible light spectrum chart above you can see that red light has the longest wavelength. There are wider gaps in the wavelength so it requires a high brightness level for our eyes to perceive red light.

As you move across the visible light spectrum chart the wavelengths decrease making the colors easier to detect in dim light. Green light uses an equal combination of rods/cones which is why it’s the 2nd best color for preserving night vision. The entire part of your eye can work so that’s why green light is by far the best color for clarity/sharpness and contrast.

Red light is by far the best color for preserving night vision, but green is another excellent choice. Green light falls in the center of the visual light spectrum. You get about 75% of the benefit of preserving night vision with a much clearer/brighter high contrast view. So you’ll lose a small amount of night vision after shutting off the light, but the improved clarity while using a green light more than makes up for that.

Green lights will appear 4 times brighter than red at the same lumen value or mW rating. That means you can take a much lower lumen green bulb and get a similar perceived light value to red light. So using a lower lumen flashlight will significantly increase the battery runtime on your flashlight. You can get 30-40 percent longer runtime out of a green bulb.

Being in the center of the visual light spectrum also makes green the easiest color to see at night. The workload is split evenly between the rods and cones in your eyes. The cones are used to perceive color in dim light and the rods deal with brightness in dim light. So you end up with clearer/sharper vision with much higher contrast.

What About Blue and Purple Light?

Blue and purple light, aka black lights, have the exact opposite affect on the eyes (to red lights). It has a short wavelength so it’s easy to detect blue/purple light in dark environments. So the rods are the only part of your eye that functions.

Since blue light increases the amount of work done by the rods in your eyes it amplifies the appearance of your surroundings. It makes fluorescent fluids that are invisible under normal light glow under a blue or black light.

That’s why people use blue lights to follow blood trails, spot oils/chemical leaks, and search for bodily fluids at crime scenes. The picture above shows a glowing drop of blood and a pinhole leak on a hydraulic line under a blue light. Blue lights make it easy to find any type of fluid/solid with fluorescent properties that would be nearly invisible under normal circumstances.

Check out my post explaining how to use blue flashlights for more information. 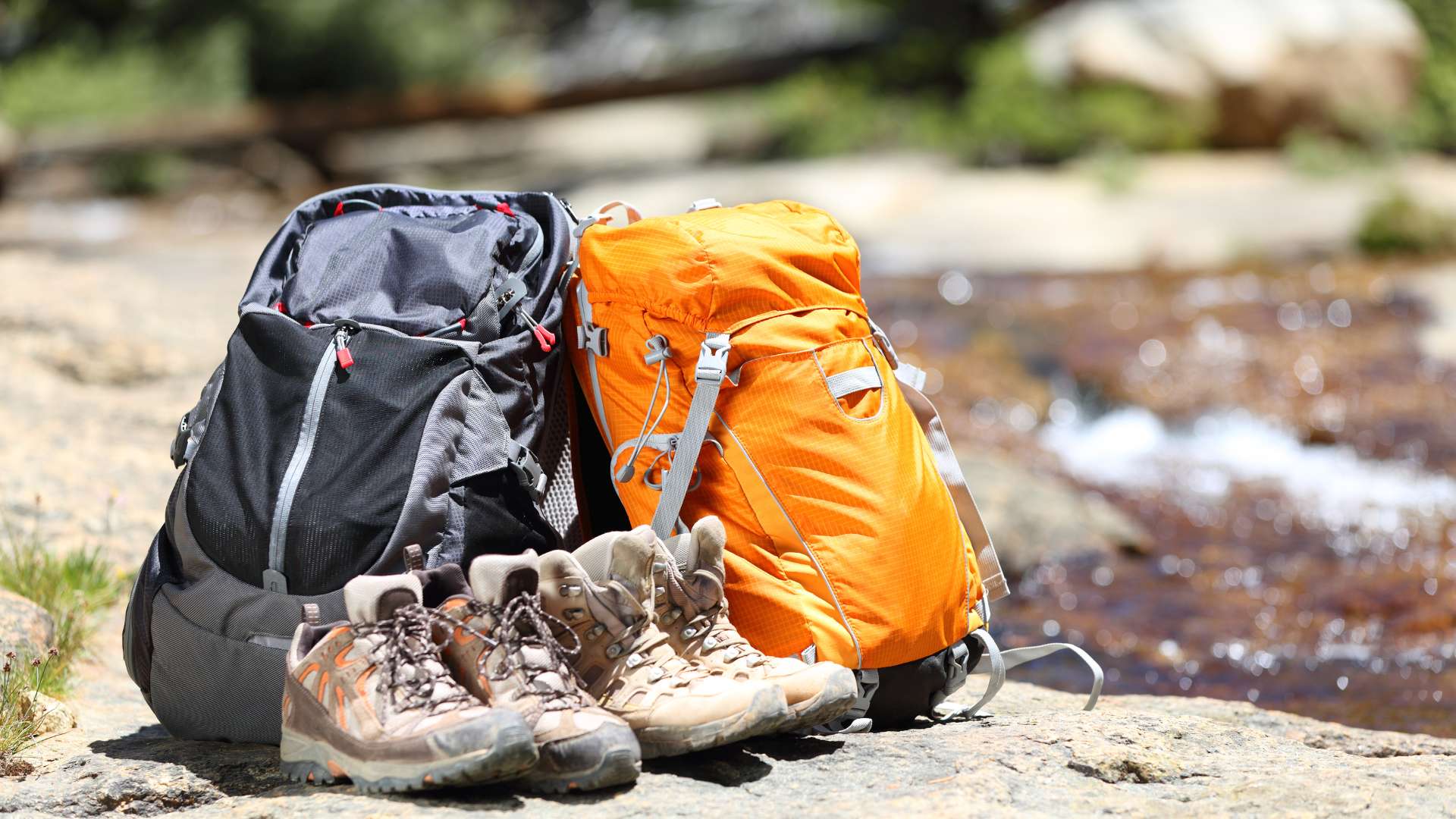 When looking for a backpack, the first thing you need to consider is the material it’s made from. With so many materials available on the… Read More »What’s The Toughest Backpack Material?